DISCLAIMER: this guide is nothing more than a private way of studying japanese. it is no professional translation. none of the names are official. none of the maps are from any official source. everything found here was transferred over from the game by me. i do not want to make any money out of it! it's just that, instead of looking at the book in my bookshelf, i decided to share it. simply to spread my love for DRAGON QUEST and offer a little help to people who, like me, are trying to learn japanese to play gems like this game in their original language. 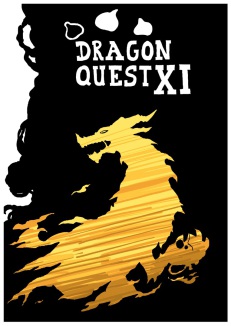 PLATFORMS: PS4, 3DS (SWITCH-VERSION is supposed to be released as well)

first of all: the 3DS-version has furigana. if you are not very confident in your kanji-reading-skills, this is the version to go.

DRAGON QUEST is strange when it comes to language barrier. on one hand: the plot is not to complex, so you would think these games should be very import friendly. BUT: a lot of the charm with DRAGON QUEST comes from NPC-interactions, small jokes here and there,... not being able to get all that can change and ruin your experience. therefore, i would advice you to stay away from the japanese version and wait for an english release.

here are some of the gameplay-aspects influenced by the language-barrier:

very rarely do you have a marker on the map that shows you where to go next. that could be a problem.

in battle, skills aren't accompanied by symbols or anything that helps identifying what they are good for. in the PS4-version you get at least a small symbol stating the general type of the skill (healing, attack, etc...) the less kanji you know, the harder it is to strategize. keep that in mind!

menus are mostly text-based. figuring out how to use the right option can be a pain. and don't get me started on the whole item creation-aspect of the game. not knowing what ingredients are needed and where to find them, doesn't only make the game harder. it also robs you of a lot of fun.

the overall story isn't that hard to follow, although you might miss some details. even if you're far into the language, there is another problem: DRAGON QUEST games tend to use a lot of archaic speech. if you have already played some of them in japanese, most words should be familiar. if not, grab your kanji dictionary.

don't just blindly go into this. DRAGON QUEST XI is a wonderful game and it deserves to be understood. think twice about importing. if you want to use the game for studying: i get that, obviously. but if you don't have any experience with the japanese language at all... stop scrolling through this site. don't spoil the fun for you. DRAGON QUEST XI is going to get a western release in 2018. look forward to it. now go away! :)