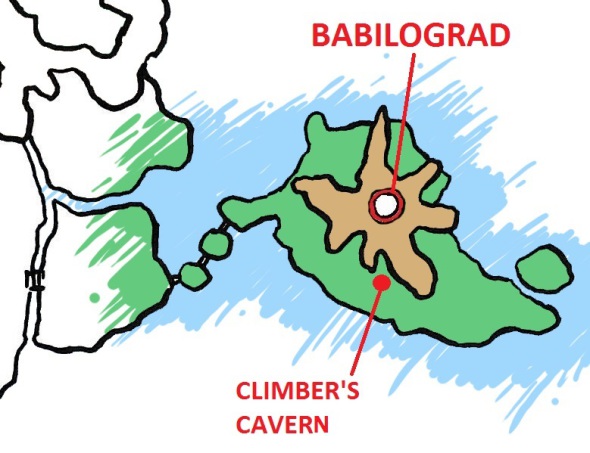 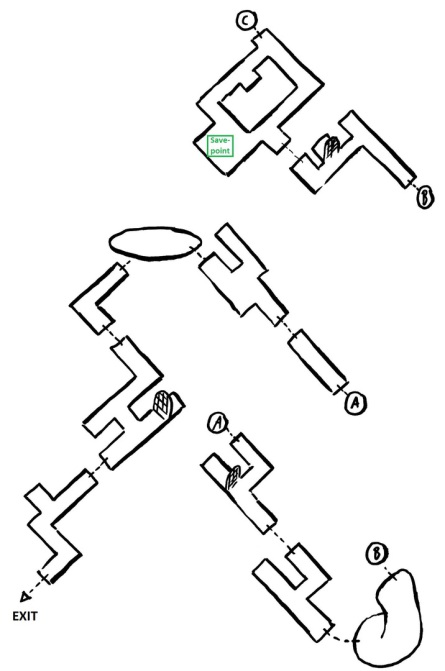 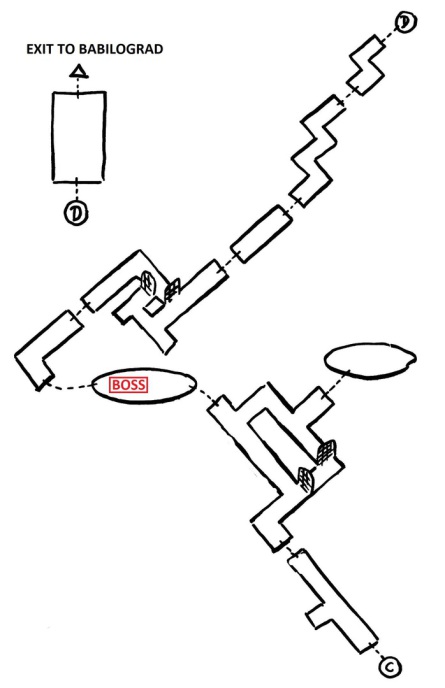 a dark and creepy dungeon lies on the foot of the mountain that BABILOGARD sits upon. the heroes have to rush through it, since there are demons and ghosts chasing them. standing too long at one place causes those to attack.

luckily, there are only a couple of levers to pull and corridors to maneuver through, to progress through the cavern.

after a while VEIGUE and his friends meet the DARK WINGS again, who are (as always), thinking about a new name for their trio. it's only a short encounter, and a surprisingly pleasant one. a member of the trio is hurt and the heroes manage to help him. those three…they might not be that bad at all…

after a little more running through corridors, there’s another encounter - this one being not pleasant at all.

DONELL, an agent of the ROYAL SHIELD and user of the FORCE of earth, appears. his task: to stop the group from reaching BABILOGRAD...

taking out the two clay-clones of SALEH and THOMA doesn't make too much of a difference in this fight. since DONELL can ressurect them as often as he likes, you should focus on the earth-FORCE-user above all else. his HP is quite high, but luckily DONNELL himself doesn't have much to offer in terms of attack and defense.

this enemy was quite the challenge! the party fears that, the closer they get to BALKA, the stronger the oppontens they have to face might get. not that this would stop them from reaching their goal…

EUGENE destroys the boulders that block their way and then it's only a hand full of floors through the cavern until they finally reach BABILOGRAD. 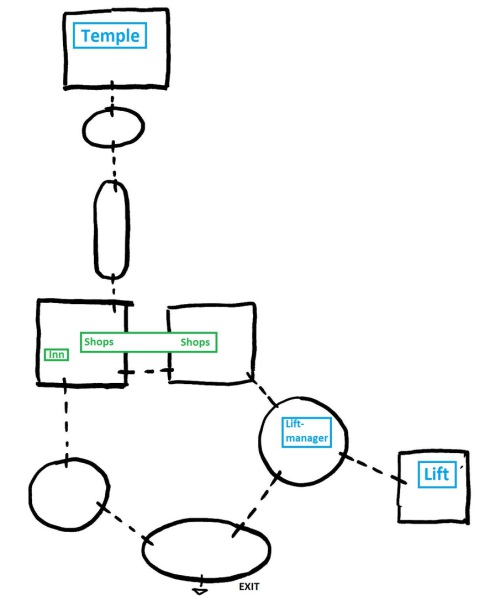 another town, another set of rules to learn. the people of BABILOGRAD have very harsh restrictions when it comes to communication.

change your character on screen with X + L, in order to talk to BABILOGRAD'S citizens. (only men can talk to men and only women to women)

to reach the harbor, VEIGUE and his friends need to catch a lift. since BABILOGRAD and it's harbor are seperated by the mountains, this lift is their only way of getting to a boat.

when they reach the lift station, there is still some time to kill...so the party heads back into the city, where they meet some strange monks. upon returning to the station, the lift is still not ready and TYTREE gets quite angry about that. when he gets to close to the lift manager, a mysterious power pushes him back...but MAO can't sense any FORCE in the area...

it has to be WALTU! the FORCE-user of sound...so one of the FOUR STARS is nearby...to dispell his power over the people of BABILOGRAD the party sets off to find WALTU’s spy in town as well as the sound that triggered his influence.

after investigating the temple, it turns out that the sound is actually a keyword. from the townspeople they learn that the correct phrase is ITOSHIKISORA (in kana).

with this expression, the lift manager returns to his senses and the group can head to the harbor.

right after the heroes arrive at the harbor, they run into SELENA and two of the FOUR STARS: MILITSA and WALTU. a fierce battle lies ahead: 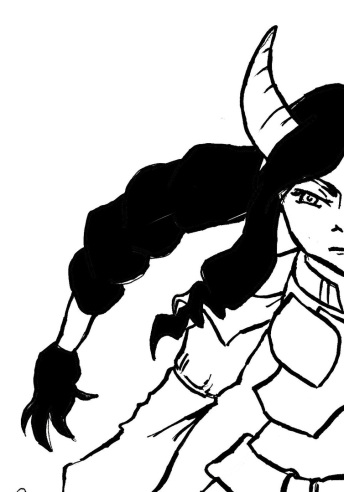 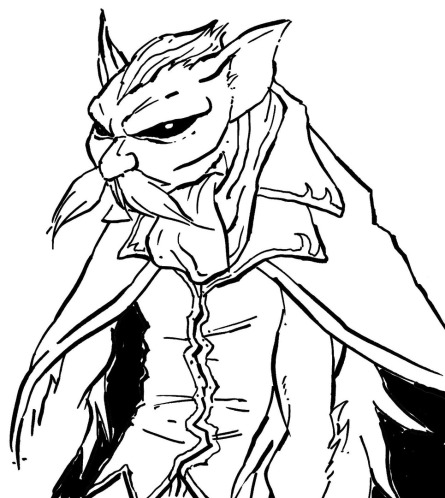 MILITISA’s tactics should be quite familiar to you by now. try to bring her down first, since her magic attacks can deal a lot of damage. afterwards, go after WALTU. he can inflict PANIC on your team, but when in comes to damage output he’s really not a huge threat.

even though the two enemies are defeated, WALTU still has some tricks up his sleave. with his FORCE he brings the party down.

when all hope seems lost, the elite soldier and leader of the CALLEGEAN army, MILHAUST appears. since he's not in the loop about AGARTE'S plans, he doesn't trust WALTU’s and MILITSA’s actions.

so he drives them off, which means SELENA and the girls in her company are save...but what about CLAIRE?

sadly, she is with another group that already left the harbor three days ago...

SELENA also heard some info about the FOUR STAR'S plan. something about the right time...the moon...

what can this mean? can this have something to do with the DAY OF GOLDBA?

SELENA says her goodbyes before heading back home. her brother TYTREE, meanwhile, decides to stay with the party to see things through.

with only 300 GALD the heroes are able to secure a ticket to BALKA.

now it's just a little longer until CLAIRE can be rescued and the queen's schemes uncovered.