1. prepare for the final battle by travelling around the world. there are many people in need of help
2. with CETOS’s holy armor, the BLACK SUN can be penetrated. head into the sphere and challenge the wicked god NISZELPHA (use the HERO’S SWORD during the battle!)

to start the true final battle for LOTOZETACIA, the group has to crash into the BLACK SUN and face the wicked god NISZELPHA himself. but since the fight is going to be their biggest challenge yet, TORTE and his friends take some time to travel the world. there are many people who really need their help. many opportunities to grow stronger.

here are just some of them:

near the ancient altar where the citizens’ leader resides, the party can find the LAST KEY inside a tresure chest – with this item in hand, all those locked doors can now be opened. the party searches every water well and every jail-cell they have encountered so far. some useful recipes and items are the result.

… infront of DECK’s shop, his wife is trying to find help. her husband has gone to GOD’S ROCK, near ISHI VILLAGE. she worries that something has happened to him. where EMMA and TORTE fought the SMOKE monsters during the ISHI TRIAL, DECK can be found. and he is infact in serious trouble. the group has to defeat a giant HELLCONDOR to save KAMYU’s friend. afterwards, DECK decides to move to ISHI, with his wife not being very happy about it…

while everybody is trying to rebuilt the village, EMMA wants TORTE to seach for the inhabitants that escaped during DELCADAR’s attack. the party gladly helps with this and some other tasks. after some time, ISHI VILLAGE can be restored. meanwhile, it is more clear than ever, that the bond between EMMA and TORTE, doesn’t need any restoration. even though he has gone on this huge adventure and found new friends… for TORTE, EMMA will always be the one.

the harbor town DAHARUNE is attacked by a group of beasts.

in one of rooms beneath the BANDERFOUN RUINS, the party manages to find a mysterious place that seems out of this world. it is called NELSON’S LABYRINTH; and TORTE and his friends manage to find some incredible power there.

HUMPHREY is in need of TORTE’s help. in the heart of GROTTA’s underground, a dangerous enemy must be fought again.

since king IRVING has never been put to rest in this timeline, the party is able to see those strange dreams when sleeping at NELSON’S LODGE… and inside YUGUNOA’s sewers, the DREAM KNIGHT is waiting to find peace…

the queen of MURIA needs TORTE and his friends to eradicate a vicious sea creature.

after all of this, the party climbs on CETOS back and heads towards the BLACK SUN. when the sphere bursts, the hero and his friends find themselves standing before the mighty being that started it all: NISZELPHA. the wicked god. now, the true final battle for LOTOZETACIA begins!!! 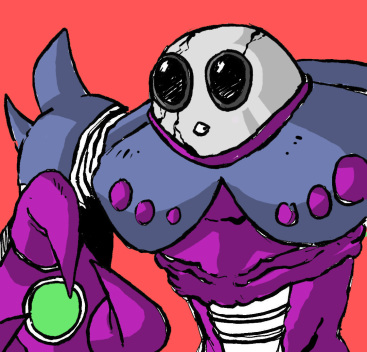 use the TRUE HERO'S BLADE during battle to weaken the wicked god and change the battle theme to something that DRAGON QUEST fans should be very familiar with.