1. reach KYOGEN and talk to the man in the house on the far west side of the village
2. go to the inn to meet FRANZ the adventurer again
3. go to the big residence in the north-east of the village to meet master WAN GIN
4. return to FRANZ at the inn
5. return to WAN GIN’s right hand and choose the first option – “CLAIRE” will be imprisoned and the party has to solve a little puzzle
6. choose two characters to accompany VEIGUE
7. talk to the three visitors from the other regions (switch party members if you can’t progress – EUGENE should not be in the party)
8. enter the WAN GIN’s residence
9. head to the villages entrance to meet FRANZ
10. leave the village to save CLAIRE from the thieves!
11. return to KYOGEN and – after settling everything with WAN GIN – talk to FRANZ again
12. continue gathering the powers of the SACRED BEASTS… this task will lead you to…
13. NOLZEN: where the party is lead into a trap at the TOWER OF NEREG
14. NOLZEN: where the party is able to grab a boat and reach the SHRINE OF WONTIGA
15. BELSAS: where the party meets SUSIE again and the truth about CLAIRE and AGARTE is revealed
16. BABILOGRAD: where the party enters the SHRINE OF SHAORUNE and is able to get the ultimate means of transportation
17. NOLZEN: where FRANZ guides the group towards a hidden village of HALVES at the northern-most edge of the world
18. MOCRADO VILLAGE and the SHRINE OF GILIONE: where HILDA finally manages to get the power of one of the SACRED BEASTS

after TYTREE and MAO have received their powers from the SACRED BEASTS, the party continues to find the remaining ones. each BEAST hints towards the next destination, which leads the party on a journey around the whole world.

not only is it their only hope of stopping the IMPRESSION from causing more and more conflict between the people of this world – the heroes have to learn a lot about themselves, as well. confronted with the trials of the SACRED BEASTS, each and everyone of them is able to find their own determination.

after leaving RAZILDA, the party’s first stop is the northern village of KYOGEN.

there, they have a rather unpleasant encounter with WAN GIN that involves CLAIRE and QUEEN AGARTE being imprisoned. luckily, everything turns out all right and the journey can go on.

they also run into FRANZ once again. from him the heroes hear about the GARDEN OF ILLUSIONS and the northern city NOLZEN.

the cold harbor city NOLZEN lies north of KYOGEN. following a stranger’s advice, the group heads to the TOWER OF NEREG, where they hope to find the next shrine.

at the TOWER OF NEREG, VEIGUE and his friends run into a trap. SALEH wanted them out of MILHAUST’s reach. so he lured the group to the top of this tower. somehow he is able to control the DARK WINGS and the group is forced to fight the trio once more…

also, the tower they are really searching for, reveals itself to them. they are able to spot the SHRINE OF WONTIGA in an area south of NOLZEN, on the plains surrounded by a mountain range.

while searching for the “tower reaching to the ocean of clouds”, ANNIE finds herself confronted with the past. while she did warm up to EUGENE, she still has trouble dealing with GAJUMA. but she does come closer to unerstanding her father’s words…

“THERE IS NO COLOUR IN LIFE”…

ANNIE assists DR. CURIA with the treatment of a group of GAJUMA soldiers in NOLZEN. she discovers that EUGENE, too, has some deep wounds from the events sourrounding her fathers’s death…

when the group enters the SHRINE OF WONTIGA, ANNIE learns the whole truth: her father, DR. BARRS, was the one responsible for the late king LADRA’s illness. he had poisoned the king over a long period of time…

when EUGENE tried to talk to BARRS about the matter, he was attacked by his friend and the struggle lead to the doctor’s death. in his last moment, DR. BARRS seemed to be his old self again. he asked EUGENE to take care of QUEEN AGARTE and his daughter ANNIE…

the revelation hits ANNIE hard. but because EUGENE gave her the time to find out the truth herself and to realize her own point of view, ANNIE is able to complete the trial. thanks to EUGENE, the young healer has found her own way in life. her own meaning of the phrase “there is no colour in life.”. together with EUGENE, she decides to find out the truth behind the truth – the real reason why a man as kind as her father would do something that cruel to the late king…

the next SACRED BEAST – SHAORUNE – doesn’t need to be found. directly after WONTIGA grants ANNIE it’s powers, SHAORUNE’s voice can be heard. the SACRED BEAST starts talking to the group and urges VEIGUE to travel to BELSAS. something very precious to him is in danger…

in BELSAS, the conflict between HUMA and GAJUMA escalates. VEIGUE and his friends are able to stop the evil deeds of SUSIE’s father. they also learn the truth about CLAIRE: during the ritual in which GEYORKIAS was summoned, CLAIRE and QUEEN AGARTE switched bodies. so the person travelling with them this whole time, was actually the queen?!

both women have learned a lot while looking through each other’s eyes. but instead of talking further about the situation, QUEEN AGARTE (inside CLAIRE’s body) flees from the situation.

SHAORUNE guides VEIGUE to his shrine at the temple of BABILOGRAD. the young man learns a lot about AGARTE and her relationship with MILHAUST. he is also able to overcome his doubts about CLAIRE’s identity and is able to finish the SACRED BEAST’s trial.

before letting them go, SHAORUNE has one last surprise for the party: from now on, they are able to summon the SACRED BEAST and travel on it’s back. getting around the world has suddenly become a whole lot easier. 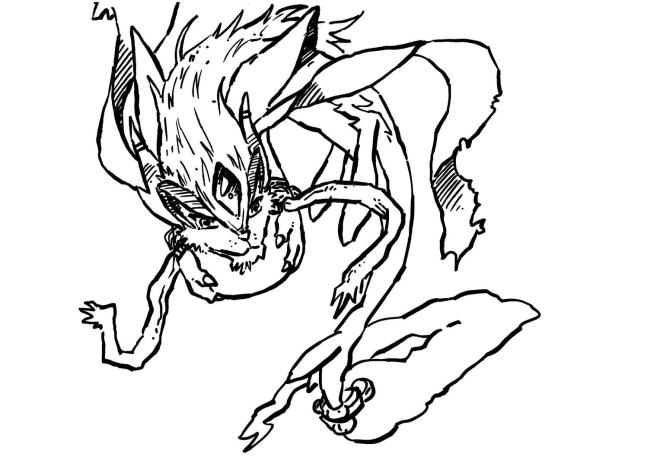 the next hint is aimed directly towards HILDA. she herself is supposed to be the clue to finding the next SACRED BEAST. with the help of FRANZ, who can be found in NOLZEN, the party finds a hidden village inhabited by HALVES: MOCRADO, on the northern coast of the continent.

HINT: during the conversation with FRANZ in NOLZEN, another word is required to progress. one of the possible answers is “CARD”, or

here, HILDA gets to meet her mother for the first time… only to loose her by the hands of THOMA. the young woman learns about her past, about her parent’s love for each other as well as their daugther. she manages to defeat THOMA and get her revenge. but more important: at the SHRINE OF GILIONE, she learns an important lesson about the word “HALF”… 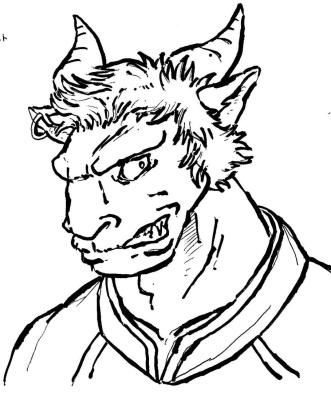